Feed is usually digested from the inside to the outside because the outside has a waxy cuticle layer that makes bacterial attachment needed for digestion difficult. This is one of the reasons why alfalfa, which may have more lignin than a grass, but which is hollow-stemmed, and breaks apart easily during the chewing process, may have a more rapid digestion than a grass which is flat and must be broken into sections for bacteria to attach. Amaferm® has been shown to accelerate both the rate and extent of fiber digestion through increased growth of Neocallimastix frontalis EB188, thus functioning like a prebiotic in stimulating the activity of the fungi and the bacteria leading to more digestion. 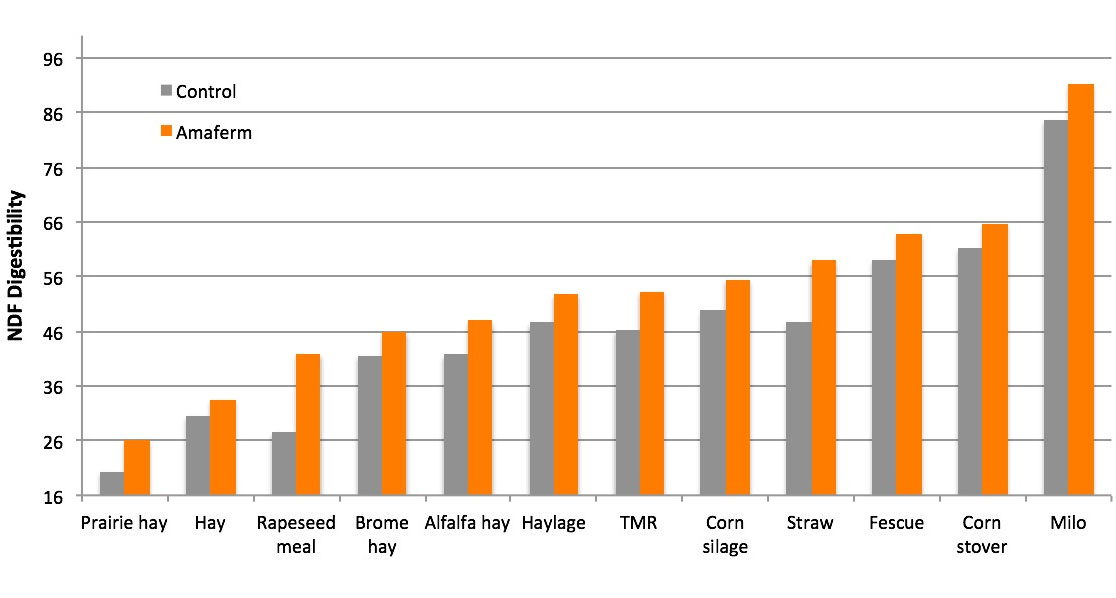