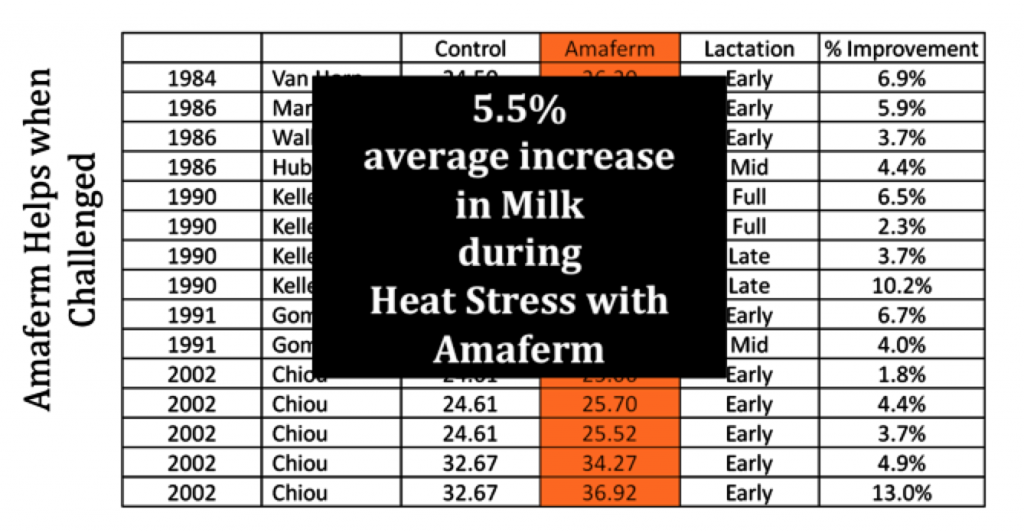 Heat stress is just around the corner and despite the advances in environmental cooling, it continues to cost the dairy industry millions of dollars every year.

The negative impacts of heat stress include:

The cow responds to heat stress with:

What are the effects of the cow’s response to heat stress on rumen function?

This increased HCO3 secretion reduces HCO3 concentration in the saliva, which lowers the saliva’s buffering capacity. The combination of drooling (decreasing the quantity of saliva entering the rumen) and saliva with less buffering capacity gives us cows with lowered rumen pH. This coupled with the altered eating patterns of slug feeding and sorting, all predisposes the heat-stressed cow to acidosis.

Research by the University of Arizona and others has done a lot to explain how the cow reacts metabolically during heat stress. Experiments with cows under heat stress compared to thermal neutral pair fed cows suggest that during heat stress there is increased sensitivity to insulin. Therefore, the heat stressed cow does not mobilize NEFA’s for an energy source like what might have been previously thought. This information suggests that maximizing glucose production may be important in minimizing the nutrient shift. The real issue is the lack of energy to produce milk and maintain body condition.

Where does Amaferm fit into heat stress management? 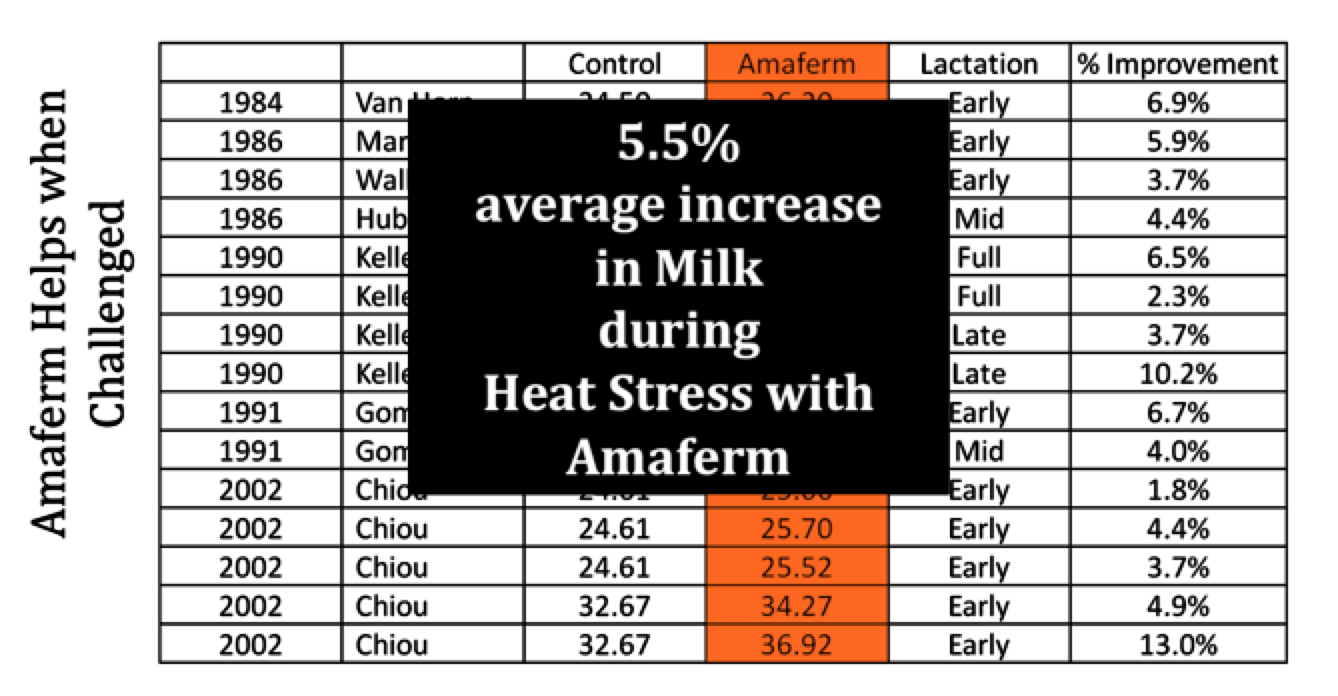 SARA (sub-acute rumen acidosis) is frequently a complication associated with heat stress due to sorting, saliva loss and a loss in the saliva’s buffering capability.  Amaferm stimulates both of the major lactate fermenting bacteria, which will help stabilize the rumen pH.