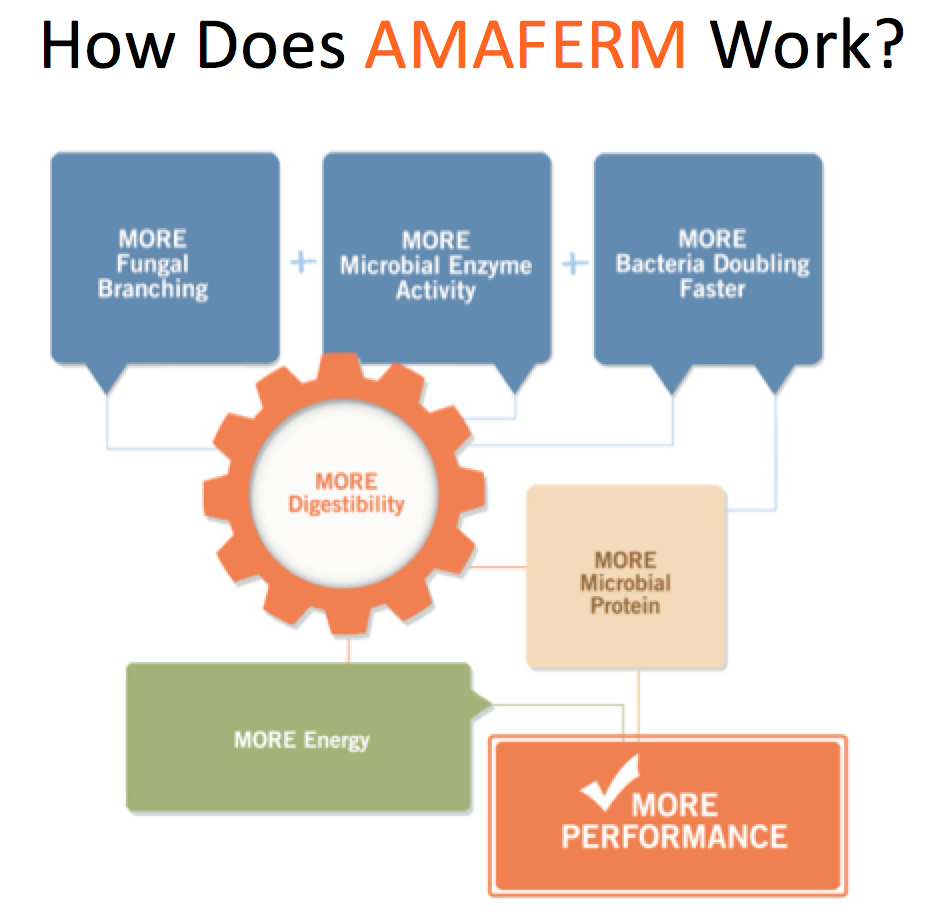 Understanding digestion kinetics is relevant because time and potential extent of digestion are becoming crucial limitations for high-producing animals. When animals produce more, they eat more, and this pushes digesta through the stomach and intestines more rapidly. Faster rates of passage through the digestive tract result in shorter retention times, which means that less time is available for digestion.

The real key to understanding digestion kinetics is that it is all about TIME, TIME, TIME.

All the biological processes of the cow take time and high producing cows run out of time. They produce milk per unit of time (milk per day). It takes time for the udder to synthesize the components in milk. It takes time for the liver and other tissues to metabolize absorbed nutrients. It takes time to digest feeds, especially fiber in feeds.   And it takes time to eat and ruminate feeds and excrete wastes. Of all the biological processes needed for maintenance of life, growth, reproduction and lactation, the ingestion, chewing, digestion and passage of feeds take the most time and become the ultimate limit for animal survival and production.

Digestion kinetics isn’t a silly scheme designed by pointy-headed academics to obscure the obvious and develop a complicated system to describe the irrelevant. Instead, digestion kinetics is designed to move our knowledge and application of nutrition from a static system to a dynamic one. Dynamic simply means that things are changing with time – that certainly describes digestion more accurately than any static system.

When we measure digestibility, it is a static measurement that describes what happens during a specified period of time or by a particular animal with a defined intake. The static measure of digestibility only applies to animals in a similar situation. However, digestion kinetics measures parameters that can be used to describe digestion, mathematically, in all situations. Digestion kinetics is more powerful, but requires mathematical manipulation to be used. Once understood, the mathematics can be used to easily define parameters and calculate the result of the multiple sequential and simultaneous dynamic processes that occur in animals.

The interesting thing about digestion kinetics is that it focuses on two extremes of time. On one hand, it involves what is digested in a matter of hours, and on the other hand, it addresses what cannot be digested in infinite time. Both long-term and short-term changes need to be described to fully understand and accurately describe digestion kinetics and to use it to formulate optimal diets for food-producing animals.

The earliest in vitro “artificial rumen” systems were developed in the 1950s and within a short time researchers looked at the changes in digestion over time. These very first digestion curves demonstrated that digestion was a dynamic process and illustrated the three kinetic parameters needed to describe digestion kinetics (Figure 1). These three kinetic parameters are lag, rate, and potential extent. However, it would take nearly 20 years before the kinetic principles and mathematical descriptions of digestion were defined in a way that rate of digestion could be determined. 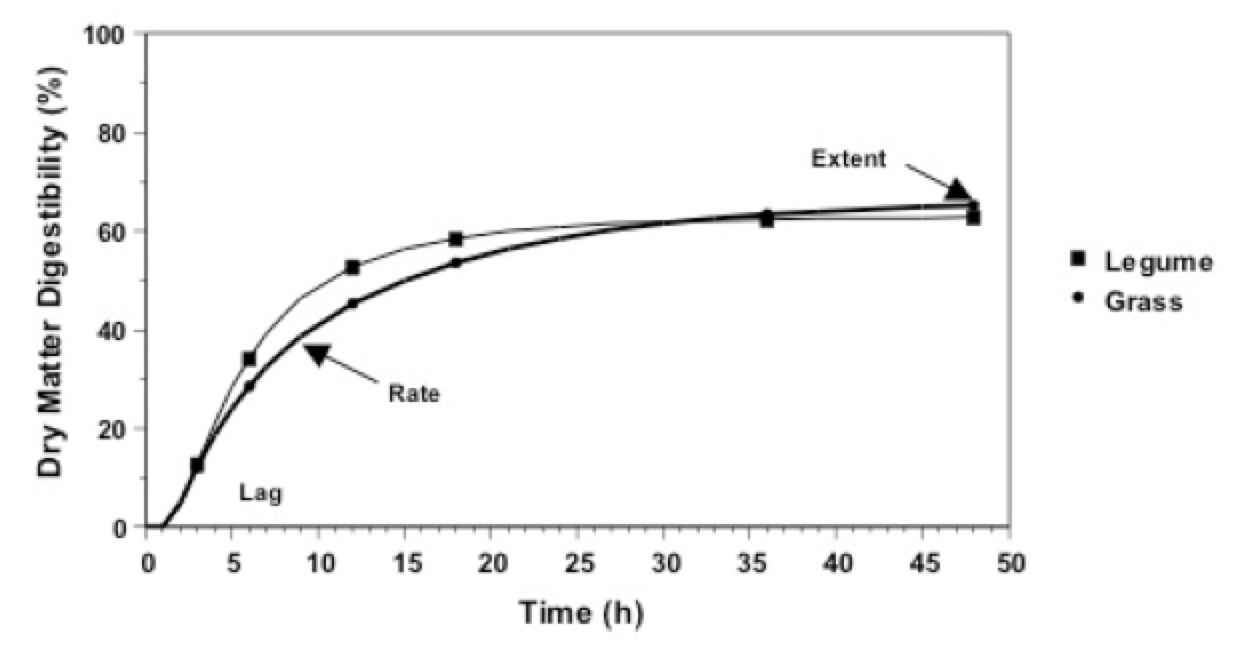 Note that we typically plot the accumulation of the material “digested, “but that is a rather odd way of viewing the process – plotting what disappears. However, we actually measure the residue that does not disappear, which is the mirror image of digestion. I will show that residue remaining at any time of fermentation is not only more correct analytically, but is also key for the mathematical description of digestion kinetics.

Before we begin to discuss the practical implications of fast and slow rates, high and low potential extents of digestion, or short and long lags, it is crucial that you understand how these parameters are determined, why they are necessary for the description of digestion, and their impact on digestion dynamics. After you understand the conceptual and mathematical underpinnings of extent, rate and lag, their nutritional implications and utility will become intuitively apparent. You will also appreciate their linkage and interactions. You should also understand the shortcomings and difficulties in determining kinetic parameters so you can better evaluate the use of kinetics in applied nutrition when formulating optimal diets.

My approach will be to define the conceptual basis for each kinetic parameter and describe the mathematics needed to determine them. Mathematics typically sends shudders down the spines of most nutritionists, but if you can use a spreadsheet, I will teach you the mathematics necessary to understand how kinetic parameters are derived. If you invest the time to understand the basics, much of the confusion associated with digestion kinetics will disappear.

Click here to read the next post in the series Indigestible Residue – What is it? Why does it occur?

Amaferm has a research proven 3-pronged approach to increased digestion:

Amaferm has been shown (Berharka and Nagaraja, 1998) to increase the speed at which select bacteria grow.  Harper (1996) also showed a reduction in the lag phase and growth rate of the rumen anaerobic fungi.

The fungi are key in opening up the fiber for secondary bacterial attachment, which shortens the lag phase.  The combination of the Amaferm stimulated fungi and the increased growth rate results in an increase in digestion in the presence of Amaferm.

This increased digestibility delivers more energy to the animal so the producer gets more performance, i.e. milk!

Amaferm improves digestion of forage NDF on average by 17%, regardless of the variability of forage quality or forage type within each data set.